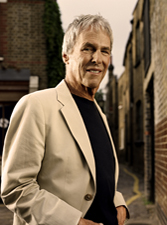 A legendary pianist and composer of popular music, Burt Bacharach has been for six decades one of the most-honored and successful composers of our times. His music continues to set industry records and creative standards. His song credits include "Alfie," "Arthur's Theme," "Close To You," "Do You Know The Way To San Jose," "I Say A Little Prayer," "Walk On By," "What The World Needs Now Is Love" and "Wishin’ And Hopin'." These song titles are among the 48 Top Ten hits and nine number one songs to Bacharach's credit.

A recipient of three Academy Awards and eight Grammy Awards, including the 2008 Lifetime Achievement Award and 1997 Trustees Award with collaborator Hal David, Bacharach revolutionized the music of the 1950s and ‘60s. He was inducted into the Songwriters Hall of Fame, and is the recipient of other tributes received from top music industry institutions to governments, universities and charitable and philanthropic groups. From helping charitable organizations raise funds, to Broadway, movies, and scores of new recordings of his songs each year, Bacharach's music is always nearby. 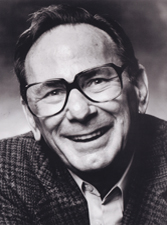 One of the greatest American songwriters of the postwar era, lyricist Hal David elevates the common pop song to fine art, showing sophistication and maturity in his lyrics. "Raindrops Keep Fallin' on My Head," "This Guy’s in Love With You" and "I’ll Never Fall in Love Again" are just three of the hits in a string of standards written by this Academy Award winner.

David has been honored for his way with words with every major award bestowed by the music industry, including 40 Top Ten songs, numerous Grammy Awards, the NARM Presidential Award, and the B'Nai B'rith Creative Achievement Award.~ He has been elected to the Songwriter's Hall of Fame, has received its coveted Johnny Mercer Award, and is a member of the Nashville Songwriters Hall of Fame.~ David was awarded the prestigious Grammy Trustees Award by the National Academy of Recording Arts and Sciences, and was also the first non-British person to receive the esteemed Ivor Novello Award from the British Performing Rights Society.