In The Gospel Tradition: In Performance at the White House

In The Gospel Tradition Homepage | Photos 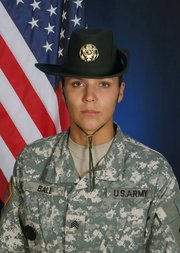 U.S. Army Sergent Christiana R. Ball, performer for “A Salute to the Troops: In Performance at the White House.”Courtesy Leonard’s StudiosBishop Rance Allen

A jurisdictional bishop, pastor, evangelist and musician, Allen is one of the lead vocalists of The Rance Allen Group, formed in 1969. The trio’s innovative sound blending elements of gospel with rhythm and blues, helped shape the sound of contemporary gospel music widely heard today. The GRAMMY-nominated and Stellar Award-winning group released its most recent album, Celebrate, in 2014. Allen was celebrated as one of the Great Men of Gospel by The Black Academy of Arts and Letters in 2009. 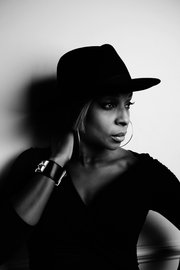 Mary J. Blige, performer for “A Salute to the Troops: In Performance at the White House.”Alex LakeT Bone Burnett, Music Director

A champion for artistic freedom, Burnett’s 40 years of experience in music and entertainment have earned him an unparalleled reputation as a first-rate innovative artist, songwriter, producer, performer, concert producer, record company owner and artists’ advocate. Burnett grew up in Fort Worth, Texas, where he first began making records in 1965. A 13-time GRAMMY Award winner, his first job in show business was in 1975, when Bob Dylan asked him to play guitar on the now-legendary Rolling Thunder Revue tour.

Common, performer for “A Salute to the Troops: In Performance at the White House.”Pamela LittkyPastor Shirley Caesar

Caesar, a native of North Carolina, began her singing career at age 10, joining her father’s gospel quartet. In 1958 she joined The Caravans, and in 1966, formed The Caesar Singers. Among the many accolades for her work are 11 GRAMMY Awards and 15 Dove Awards. Caesar first heard her calling to join the ministry while in college. In 1983, she married Bishop Harold I. Williams and became co-pastor of a Winston-Salem church. Today, she pastors Mount Calvary Word of Faith Church and Outreach Ministries in Raleigh.

Daughtry, performers for “A Salute to the Troops: In Performance at the White House.”Courtesy of RCA Records

Crowell is a Texas-born songwriter, artist, producer and author whose work set a benchmark for artistry and integrity in country and roots music. With his dazzling run of hits in the 1980s, revealing personal albums in the 2000s and intriguing 2001 memoir Chinaberry Sidewalks, Crowell continues to push his boundaries as a musician and writer. Emmylou Harris and Crowell released their record The Traveling Kind on the heels of their 2013 GRAMMY-winning duo album Old Yellow Moon.

Aretha Franklin, performer for “The Gospel Tradition: In Performance at the White House.” Premieres Fri., June 26 at 9 p.m. ET on PBS

Recognized as the Queen of Soul, Franklin is one of the best-selling female artists of all time, renowned for hit songs such as “Respect” and “(You Make me Feel Like) A Natural Woman.” Among her honors, she has 20 GRAMMY Awards, a GRAMMY Lifetime Achievement Award and the National Medal of Arts, presented by President Clinton.  In 2005, Franklin received the Presidential Medal of Freedom, reflecting her role as an inspiration for civil rights and feminist movements over the past several decades, as well as her musical achievements. 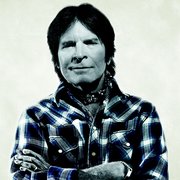 A dynamic singer-songwriter, Giddens is lead singer, violinist and banjo player for the GRAMMY Award-winning string band Carolina Chocolate Drops. She gained acclaim as a solo artist in September 2013 when she stole the show at the Another Day, Another Time concert at New York City’s Town Hall. Her powerful emotional range and dazzling vocal prowess comes to life in her first solo album Tomorrow Is My Turn, which masterfully blends elements of gospel, jazz, blues, country and a hint of proto-rock and roll to create a unique and soulful sound. 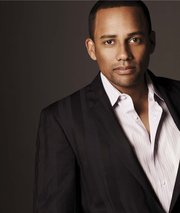 An American singer-songwriter, Harris is an eloquent composer and an inveterate musical explorer who has been able to discover, rescue, and give new life to many beautiful country, bluegrass and folk tunes. This GRAMMY Award winner has been a recording artist for nearly 40 years, as both a bandleader and solo artist. Throughout her career, she has collaborated with many musicians, including Vince Gill, Patty Griffin, Gram Parsons, Dolly Parton and Neil Young. Since 1999, Harris has organized the annual benefit tour Concerts for a Landmine Free World. 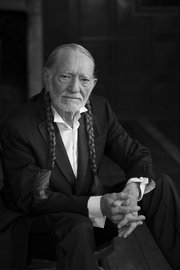 Proclaimed one of the greatest singers of all time by Rolling Stone, Love, a minister’s daughter, grew up listening to gospel music and singing in her church choir. Since the early 1960s as lead singer of the girl group The Blossoms, Love has provided background vocals for some of music’s biggest stars, including Marvin Gaye and Elvis Presley. Her incredible career was profiled in the 2014 Academy Award-winning documentary 20 Feet From Stardom. In 2011, Love was inducted into the Rock and Roll Hall of Fame. 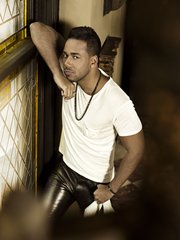 Romeo Santos, performer for “A Salute to the Troops: In Performance at the White House.Omar CruzLyle Lovett

A singer, composer and actor, Lovett has contributed to the definition of American music in a career-spanning 14 albums. Coupled with his gift for storytelling, Lovett fuses elements of Americana, swing, jazz, folk, gospel and blues in a convention-defying manner. This Texas legend’s deep talents and the diversity of his influences make Lovett one of the most infectious, iconic and vibrant performers in popular music. His rich and eclectic sound is one of the most beloved of any living artist working today.

Mann is an acclaimed actress, NAACP Image Award winner, GRAMMY Award nominee and Stellar Award and Dove Award-winning vocalist, businesswoman, wife and mother who grew up in Fort Worth, Texas. Her most recent album, Best Days features the #1 platinum-selling single “Take Me to the King” and two consecutive #1 singles. She currently stars on BET’s It’s A Mann’s World and co-stars with her husband, David Mann, on Bounce's Mann & Wife.

Don Was, Musical Director and performer for “A Salute to the Troops: In Performance at the White House.”Gabi PorterMorgan State University Choir

One of the nation’s most prestigious university choral ensembles, the Morgan State University Choir is known for its consistency of excellent performances and an emphasis on preserving the heritage of the spiritual. The full choir of 120 voices strong has a repertoire of classical, gospel and contemporary popular music. The choir has performed with the New York Philharmonic Orchestra, the Lincoln Center Jazz Orchestra and the Los Angeles Philharmonic and delighted audiences worldwide. Dr. Eric Conway directs the choir and is the chairperson of the university’s Fine Arts Department. 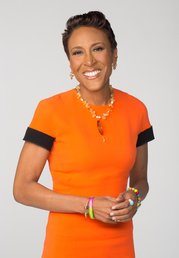 Roberts, anchor of ABC’s Good Morning America, is a native of the Mississippi Gulf Coast. Under her leadership, the broadcast has won three consecutive Emmy Awards for Outstanding Morning Program. Her headline-making interviews include President Barack Obama, First Lady Michelle Obama and basketball legend Kareem Abdul-Jabbar. Roberts has also reported extensively from around the globe, traveling to the Middle East with former First Lady Laura Bush and to Africa with former President Bill Clinton.

Michelle Williams, performer for “The Gospel Tradition: In Performance at the White House.” Premieres Fri., June 26 at 9 p.m. ET on PBSCourtesy of Derek Blanks Michelle Williams

Williams began singing in church as a youngster then later in several gospel groups. In 1999, she became a member of the GRAMMY Award-winning group Destiny’s Child. As a soloist, she has released four successful individual albums, including 2014’s Journey to Freedom, which garnered her four 2015 Stellar Award nominations. An accomplished actress, Williams starred on Broadway in Aida and Chicago and in the national tours of The Color Purple and Fela!. She also stars in the Oxygen network series Fix My Choir.

In The Gospel Tradition Homepage | Photos